We have met the Director of the Alaric Project1, who is interested in the legend of the burial of King Alaric I in our province of Cosenza and who says that he will be able to resolve, within the next three years, and subject to authorization from the Italian State, using satellite and military technologies, the truth or otherwise of this legend. 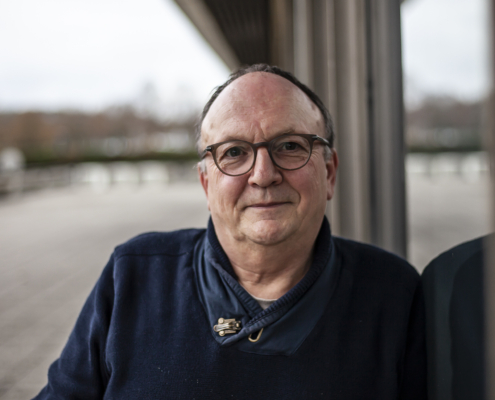 E SESSA
Hello.
Introduce yourself to the readers of our website ?

JC BARRE
As an individual, or as part of our team?

E SESSA
Both, in order to understand fully.

JC BARRE
Personally, I am not an historian or an archaeologist. I am above all a physicist, specialising in the measurement of electromagnetic radiation, of natural or artificial origin, and its impact on humans and the environment.

For 40 years, I have used the most innovative civil and military technologies to help make measurements in radioactive clouds, in oil fields, anticipated lava flows on pre-erupting volcanoes, researched and anticipated the potential of rogue states to develop weapons of mass destruction through the detection of illicit nuclear or chemical complexes, invented environmental mapping via satellites, and recently worked with the world’s leading laboratories on ergodicity phenomena, in order to limit future problems related to hunger in the world as a result of climate change.

Now, for this Alaric I project, we are setting up a team of about 70 scientists from 5 different nations, and 6 universities, including the RENDE University, to support us in the post-location phase, with a total of about 100 people over the first 18 months of work.

E SESSA
How did you become interested in the subject “Alaric” ?

JC BARRE
Up until 6 years ago, I knew absolutely nothing about this story of a tomb, treasure, or other remains, real or not and nothing about the Calabria region of Italy.

Alaric, his story, the plundering of Rome, his death near Cosenza, (legend or reality? It doesn’t matter), was for me absolutely unknown.

Within the international team www.scanpyramid.org, in November 2015, I was tasked with setting up the scientific organization to investigate the pyramid of Khufu, using sensors and militarised sensors, and worked in 4 dimensions on very specific wavelengths (spatial and temporal notions of Infrared emissions) within a volume (the pyramid), in short to look at this construction differently than from the thousands of other measurements that had already been taken over the past 200 years!!

To look at it, especially with a new eye, without the constraints of an historian or archaeologist and in my own way, like a plan or a military strategy, like a medical protocol, in order to prepare the continuation with the measurements of muon captures (Universities of Nagoya in Japan and the CEA in France).

To do this, we also had the collaboration of the University of Laval in Canada, which will also assist us, under my direction, to locate the tomb of Alaric1. “You can’t change a winning team”.

Our success, and especially the results obtained in physical quantification, have been such that in early 2016 (TV broadcast in 190 countries…), I personally received more than 250 calls from around the world to find traps, labyrinths, secret passages, historical remains, etc.

At the time, as I was still working and having no time at my disposal, I declined all these requests, putting above all a scientific spirit, as a physicist and not a “treasure hunter”.

However, at a meeting a Calabrian businessman, I believe from the town of Spezzano Piccolo, challenged me about the history of Alaric, with views that I found very funny, apart from the politics of the harem and the professions of archaeologists, historians and politicians.

As I was doing my research, I realised that the archaeological challenge of Cosenza was similar to that of Cairo, a legendary mystery, but the concern was not to give false hope to either one of them?

The same political complexity on this subject (and perhaps even more so in Calabria than in Egypt!!), the same aggressive remarks from men of the same profession, who sometimes use the press to make insidious comments, without knowing the substance of the subject, at least concerning ourselves and our motivations.

And finally, my position as a professional working with researchers in the military field and with civilian scientists, has given me access to satellite data on Calabria, to which few people have access.

JC BARRE
First of all, since the end of 2016, first slowly, then around 2019 with time to assess the data acquired by Hyperion and other satellites, assistance of the CEA, AirBus images… and others, this research has accelerated.

First of all, a big thank you to all those through the ages who have tried, tried, without unfortunately being able to succeed. It is the failures of some that will make the success of others. Even a failure remains a result to be interpreted. The humanity always seeks to progress.

It is therefore inadmissible to take away this part of the dream from those who dare. Especially since the results collected so far are very encouraging.

As a reminder and to understand our desire to go further in this matter, and to have already spent nearly 200,000 Euros, before finding within www.scanpyramid.org any variation of temperature or other, and then to judge this pyramid as a “big Swiss cheese with holes” via Muography, I estimated my chances of success on the Cheops investigation, at 35 % and we have advanced considerably since the Middle Ages, after 700 years without any notable result…

For Alaric, I now personally judge, without taking any risks, our probability of success at 85%, which is much higher than my estimate on Cheops, which was the success of a team of academics from many countries…

All these writings, research, polemics, taking political sides, inflamed passions, abundant literature for 400 years, extrapolation by the contemporary press, and more recently from writings on the Internet, are based on a short historical text by Jordanes and his “History of the Goths” written in AD 551.

Nothing found !! Not the shadow of a fibula, a jewel, or a bone belonging to Alaric 1st has been brought to light, which wisely explains the justified reticence of the MIBACT in Rome, which does not want media hype.

JC BARRE
Without going into detail, we have found an area 1200 linear meters in length, subject to scientific analysis, with 3 targeted zones but still too numerous and large in our opinion. As these 3 zones are still random, we need to locate vertically an area of 50 m² maximum, which we call the “Search for the Historic Epicenter”.

Calculations of sedimentations, the time elapsed over 16 centuries, one or more earthquakes can explain this probable scattering… Although the archaeological knowledge acquired on royal burials of that era show a solid and coherent construction.

No question of the team of archaeologists (Italian, accredited, experienced and already retained) carrying out excavations, digging, anywhere and anyhow. We have to work professionally.

Unfortunately, Google® surveys since 2002, show an increasing urbanisation of the City of Cosenza, which means that, according to our estimates, in 5 years time, the legend of Alaric will remain a legend under concrete!

Maybe destiny has brought us here at the right time… !

Moreover, some indiscretions in the local press of Cosenza, forced us to work at a faster pace while we wished, calmly and quietly, to set up a local press conference, around July-September 2021 but not without first submitting a complete file to the Italian Ministry of Culture via the Superintendence of Calabria.

Because this file is much more complex than it seems, both locally, with the possibility of the economic benefits of increasedtourism, but also that Calabria has the honour of recovering what was “stolen from Rome” and that we involve Italians in our research, but also the international implications.

This is a very complex matter because imagine for two seconds that we recover the Menorah or other objects brought back by the Romans when they sacked the Temple of Solomon? Priceless objects in the Jewish religion, this would inevitably lead to claims by the State of Israel… Diplomacy would also have a bit of work to do, so…

It is as if the House of Savoy claimed the Shroud of Turin!

History, one cannot deny it, even if the subject is sensitive, already exists by a precedent with the Mona Lisa in France!

E SESSA
Without going into too many technical details. On what methodology do you base yourself to be so confident?

JC BARRE
We have seen, through the historical study carried out on all previous research, that Italian taxpayers have been solicited in previous research projects, sometimes with methodologies that passed for innovative and yet had already been used for 15 to 20 years elsewhere ! 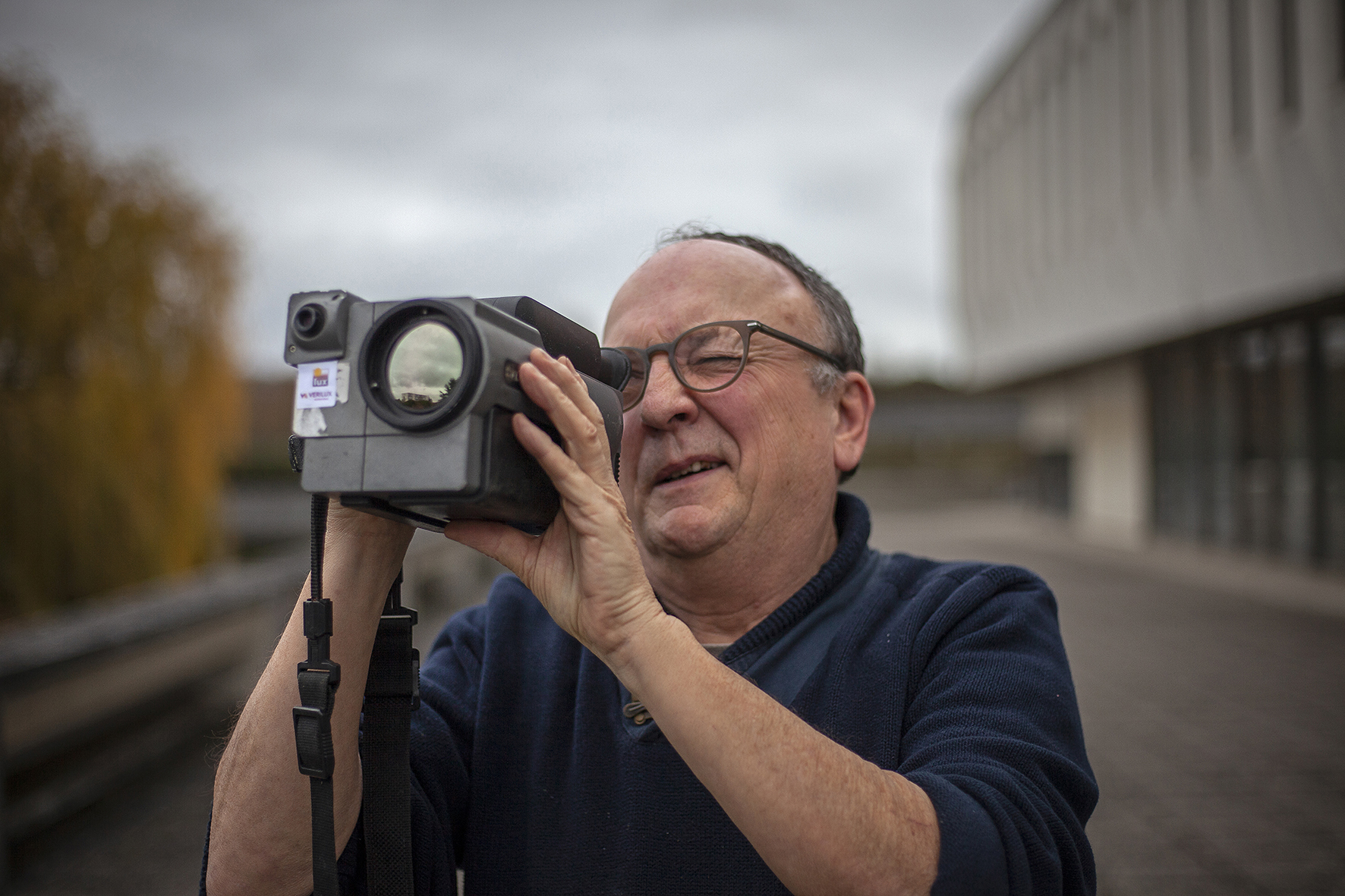 Initially, in the years 1998-2000, in front of the rise of NBC (Nuclear Bacteriological and Chemical) attacks, I personally worked on these subjects (Sarin gas attack by the Moon sect on the metro in Japan, Prevention of gas attacks on the RATP metro in France, surveillance of the manufacture of chemical gas by Kadhafi’s Libya, etc.).

It was necessary to determine by satellite these precise places of manufacture and especially of use.
For information, before sending soldiers to a war zone, we try to find out if there are no defoliants, nerve gas, etc… (Force KFOR Bosnia) .

However, all these products affect the peripheral vegetation. The same applies to ferrous and non-ferrous metals which disturb the local biotope. For example, take two pots of identical flowers and and let the soil dry out. The density, the % of oxides will increase and you will have foliage that in certain wavelengths will appear to die off. (But not visible to the naked eye).

This is what is happening on our 1200 linear metre stretch.

The only possible modern artefact would be a tank, bicycles and other objects from our polluting industrial civilization.

This transition from the military to the civil domain was successfully tested over the City of Le Havre in 2002.

From now on, with computers a thousand times more powerful, it will be easier for us to prove the existence of this legendary tomb. 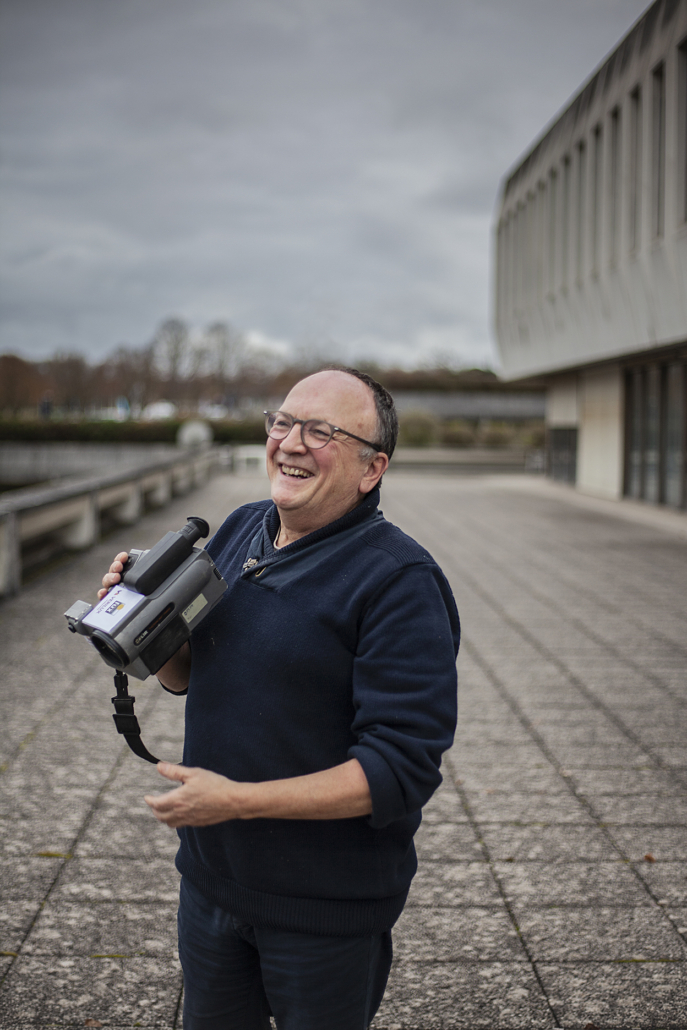 JC BARRE
After the municipality and the mayor of Cosenza, whom we had to warn first to establish a solid and serious file, where everything I have just related is proven by technical and administrative documents, some of which are still classified as “confidential defense”, we must contact MIBACT, which is already aware of the project, and establish together a convention of scientific research

But contrary to everything that has been thought, said and done in the past by teams, and to remain free of our acts, and without undergoing any financial or political pressure, to remain in a coherent, scientific and serious work :

As explained previously, these 3 epochs, (4th dimension -Time), and the subtraction of the information will give us the exact place where it will be necessary to dig on a surface which we estimate at a maximum of 50m².

What is also extraordinary and in my opinion a sign of fate (Chance does not exist according to some mathematical physicists), our Public Relations Officer, recruited in France, is from Calabria!

In conclusion, the beautiful region of Calabria, and the outskirts of Cosenza, have less than five years to solve the mystery of this legend, before the area is covered in concrete and if we are right, of its disappearance forever.